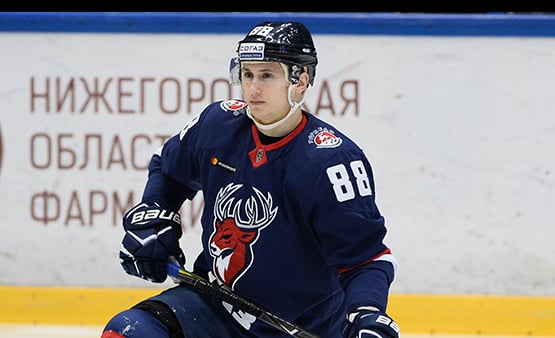 There are reports coming out of Russia today that both Detroit and Chicago have extended an offer to Damir Zhafyarov.

According to SE expert Nikolai Lemtyugov, the third KHL scorer, Torpedo forward Damir Zhafyarov received offers from Chicago and Detroit.“There is information that Zhafyarov is determined to go to North America. He has offers from “Chicago” and “Detroit” – said Lemtyugov on the air on the YouTube channel “SE” .

The 26 year-old has emerged as a scoring threat as is the third leading scorer in the KHL. In 54 games this season, Damir Zhafyarov has 20 goals and 58 points. His contract expires this season.

One of the top KHL reporters, Gillian Kemmerer has noted that Damir is experiencing a breakout season. That led to him being named captain of the Russian team for the Euro Tour.

If Damir does not sign with either club soon, you can expect more teams to enter the fray.