Peter Chiarelli and Jeff Greenberg are the latest candidates to interview for the vacant general manager job with the Chicago Blackhawks.

Chiarelli is the vice president of hockey operations for the St. Louis Blues, a position he was named to on Oct. 22, 2021. He was GM with the Boston Bruins from 2006-15 and built the team that won the Stanley Cup in 2011. He was also general manager of the Edmonton Oilers from 2015-19.

Greenberg is the assistant GM of baseball’s Chicago Cubs since 2020. He’s been with the team since starting out as an intern in 2012. His father, Chuck Greenberg was close to purchasing the Carolina Hurricanes in 2017.

The GM job came open after longtime general manager Stan Bowman resigned on Oct. 26, 2021, in the wake of findings that the team mishandled allegations that an assistant coach sexually assaulted a player during the Blackhawks’ run to the 2010 Stanley Cup. Davidson was named as his replacement on an interim basis. Bowman’s resignation followed an investigation commissioned by the team. Bowman took over as GM in 2009, and the Blackhawks won the Cup in 2010, 2013 and 2015. 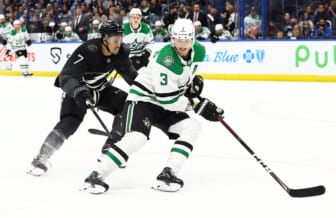 Also Read:
NHL Rumors: Five most likely players to be moved at the Trade Deadline