It wasn’t much, but the moment Sportnet’s Shane O’Brien dropped his little bombshell to Steve Kouleas, the hockey world has been buzzing. According to him, he heard that Matthew Tkachuk wants out of Calgary and would like a trade to the St. Louis Blues. The same city his dad, Keith Thachuk retired from.

Matthew Tkachuk was upset with Flames this past season

Matthew Tkachuk only knows how to play the game one way, but apparently some of his teammates weren’t thrilled with his nightly antics. Elliotte Friedman on a 31 Thoughts Podcast got into what happened after the Jake Muzzin puck-flip incident which caused a major scrum.

“I think Tkachuk was really frustrated by what happened. That whole puck flipping thing led to a meeting that I think just sent them sideways,” Friedman said. “I think Tkachuk feels that some of the players didn’t want him to create something every game and I think he’s confused by that. I think he understands only how to play the game a certain way and I think he’s questioning it now.“

At the time, I dismissed it as a heat-of-the-moment incident. Apparently, there was more than meets the eye to the story with this news.

Blues ready to make an offer?

Throughout the season, Matthew Tkachuk’s name came up in trade rumors but were almost immediately dismissed. While the Flames are expected to make some big changes this summer, he was listed as an “untouchable” by many experts.

After an unceremonious exit from these playoffs, the St. Louis Blues could be primed to make Tkachuk the star of the franchise. What could the Blues put together that moves the needle for the Flames. I don’t think Calgary is looking for a rebuild so draft picks aren’t necessarily a must have. Young players like Vince Dunn and Jordan Kyrou could be the starting point.

The Flames certainly would consider such a package, but may want more. For the Blues to do that, they need to know Tkachuk wants to sign long term in St. Louis. If we are to believe O’Brien’s report, they already have that answer. 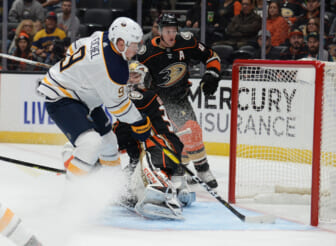