The Tampa Bay Lightning have extended GM Julien BriseBois per Pierre LeBrun. “I can confirm Julien is under contract beyond this year,” owner Jeff Vinik told him. “We have agreed upon an extension.”

Terms have yet to be disclosed. There’s been no official press release as of this morning.

Lightning and BriseBois agree on an extension

BriseBois replaced Steve Yzerman and has done an amazing job. Since taking over in 2018, Tampa has gone a staggering 141-54-13 with two Stanley Cups in his three seasons.

“I am pleased to introduce Julien BriseBois today as the new Vice President and General Manager of the Tampa Bay Lightning,” Vinik said upon his promotion. “Julien has been preparing himself for this role for much longer than the eight years he has served as our Assistant General Manager. He is smart, experienced, well-prepared and progressive, sharing the draft and develop philosophy with Steve that has worked so well for us. I am confident that he will maintain our standard of sustained excellence, hopefully guiding us to a Stanley Cup in the near future.”

Undoubtedly one of the best moves by an owner in a long while.

Last night, two of the best players in the NHL had some preseason fun.

Artemi Panarin was involved in all three goals the Rangers scored in defeating the Bruins by a 3-2 margin. The Breadman picked up two assists before tallying the game-winner on a breakaway with just one minute to go in the second period.

Meanwhile, Connor McDavid notched a goal and two assists of his own as the Oilers blanked the Seattle Kraken 6-0. New free agent acquisition, Zach Hyman was the beneficiary of a slick McDavid set up. He finished the game with a goal and an assist.

The Carolina Hurricanes also won last night and the first goal scored was by none other than offer sheet hero, Jesperi Kotkaniemi. They won their contest 3-1 over Tampa. 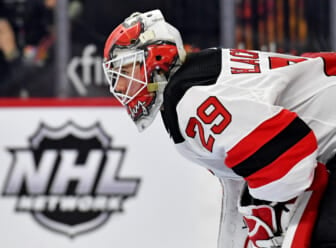