Things just don’t seem to be getting any better for the New York Islanders.

The Isles are dead last in the Metropolitan Division (5-6-2) after opening the season on a grueling 13 game road trip waiting for their new home to be completed. This has led them to be one of the more disappointing teams to start the year.

Just when they thought they could get things on track they lost shutdown defenseman Ryan Pulock. Today, they were hit with more bad news.

The New York Islanders announced on Friday that captain Anders Lee and forward Ross Johnston will join Josh Bailey on the COVID list.

Lee, 31, has four goals in 12 games thus far this season. He missed more than half of last season with a torn ACL.

Johnston, 27, has only played one game this season and has no points. The Isles extended the forward to a 4 year extension in October.

The Islanders open up their brand-new home, the UBS Arena when they host the Calgary Flames on Saturday.

Darnell Nurse out for Oilers

Here is the current list of NHL Players out on COVID-19 Protocol: 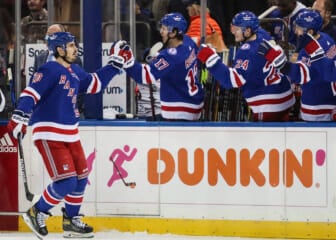 Also Read:
NHL Rumors: Rangers looking for forward help; Canucks open to trades, and the return of the Nordiques?
Share: