Jarnkrok spent his first eight NHL seasons with the Nashville Predators before being selected by Seattle in the expansion draft in July 2021.

The Swede has reached double digits in goals in each of the past seven seasons.

Defenseman Brad Hunt signed a two-year contract with the Colorado Avalanche on Friday.

The team did not disclose financial terms for Hunt, who is inked through the 2023-24 season.

The 28-year-old Czech scored two goals in six games with the Los Angeles Kings in 2021-22.

He also racked up 73 points (40 goals, 33 assists) in 58 games for the American Hockey League’s Ontario Reign.

Financial terms of the agreement with the 17-year-old Slovakian forward were not disclosed.

Sykora was the 63rd overall pick in the NHL draft earlier this month.

He recorded 10 goals and seven assists in 46 games with HK Nitra in the Slovak Extraliga in 2021-22.

Persson, 18, was the 85th overall pick in the draft. He registered 61 points (25 goals, 36 assists) in 41 games with Frolunda in Sweden’s top junior league last season. 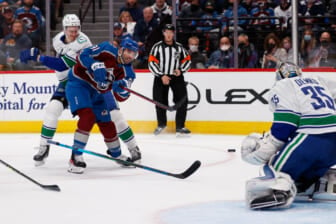