A new report states that the New York Rangers are expected to sign UFA defenseman, Patrik Nemeth on Wednesday. This is coming off the heels of signing Barclay Goodrow to a six year contract and trading Pavel Buchnevich last week.

According to Larry Brooks, the Blueshirts will make the signing official once the bell rings at Noon.

The deal would likely be for two or three years, worth between $2.25-$2.75 million per season. The Avalanche have given permission to Nemeth to speak to other teams in advance of the opening of the market.

At 6-3 and 228 lbs, he is a physical presence that could certainly play quality third pair minutes and help fellow Swede, Nils Lundkvist acclimate to North America and the NHL. Lundkvist is the Rangers prized prospect on defense that is expected to make his debut next season.

The 29 year-old rearguard scored 10 points in 52 games while averaging 18:01 per night. For his career, he’s been regarded a stay-at-home type. Nemeth’s zone starts lean heavily towards the defensive side at 66.1%.

Frank Seravalli with the Daily Faceoff called the Rangers a “team to watch” and stated that Chris Drury had “multiple irons in the fire.”

To breakdown what he was hearing:

Since he wrote that, Buchnevich was traded in a cap saving move for Sammy Blais and a second round pick. More meat and potatoes for a lineup many felt was sorely missing last season.

Now, the Ryan Strome rumors are only growing with Elliotte Friedman predicting he will be traded to either the Kraken, Knights, or Senators.

Here’s the one kicker that needs to be thrown in. If the Rangers are going to trade their second line center, they must confidently have another deal (via trade of free agency) to take his place.

The Rangers have been in on Eichel but the apparently the two sides are way off on a trade package. Is there a deal for another center out there? Evgeny Kuznetsov? Sean Monahan? Who knows. 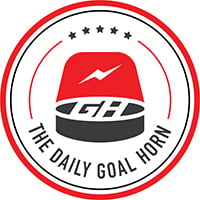