Nashville Predators will host 2023 NHL Draft and Awards show, plus some coaching news

The Daily Goal Horn   |
Jul 7, 2022; Montreal, Quebec, CANADA; Joakim Kemell after being selected as the number seventeen overall pick to the Nashville Predators in the first round of the 2022 NHL Draft at Bell Centre. Mandatory Credit: Eric Bolte-USA TODAY Sports

The Nashville Predators will host the 2023 NHL Draft and Awards show at the Bridgestone Arena, the league announced Thursday.

This marks the first time that the two events will be conducted in the same city since both were held in Vancouver in 2006.

Nashville, which previously served as the site of 2003 NHL Draft, is hosting the awards show for the first time.

“We are thrilled to bring two of our marquee events, the 2023 NHL Awards and the 2023 NHL Draft, to Nashville, a special city that certainly knows how to throw a great party,” NHL commissioner Gary Bettman said.

“From the 2003 NHL Draft to the 2016 NHL All-Star Weekend to the 2017 Stanley Cup Final to the 2022 NHL Stadium Series game, the city, the Predators organization and the country music community have overwhelmed the NHL with their welcome and support every time Nashville has hosted a League event. We cannot wait to return next June to celebrate the stars of our game and introduce the next generation of NHL players.”

Predators President and CEO Sean Henry takes great pride in how Nashville has put on a great show whenever they host a big hockey event.

“There’s not a better hockey city in the world,” Henry said in a press release. “Smashville has completely reinvented how to put on a hockey game. I don’t care who you are, who you’re a fan of or where you grew up watching games – once you get a taste of how we celebrate this great game in Smashville, you leave and say, ‘That was the best place to go watch my team lose.’ And I always smile after I hear people say that. It’s not becoming a great hockey city. It is the best hockey town in the world.”

Reirden, 51, has served as a Penguins assistant coach since 2020 and oversees the team’s defensive group and power-play unit. Under his guidance, the Penguins’ goals-against average (2.71) ranked fifth-best in the NHL in 2021-22.

“As a coaching staff we value Todd’s knowledge, experience and passion for the game,” said head coach Mike Sullivan. “He challenges us, as coaches, to be better every day and his relationships with the players are invaluable. He is deserving of this promotion and we are excited for him.” 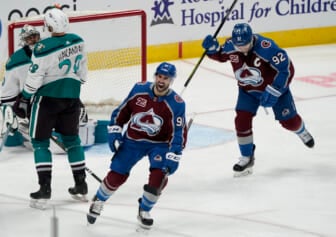