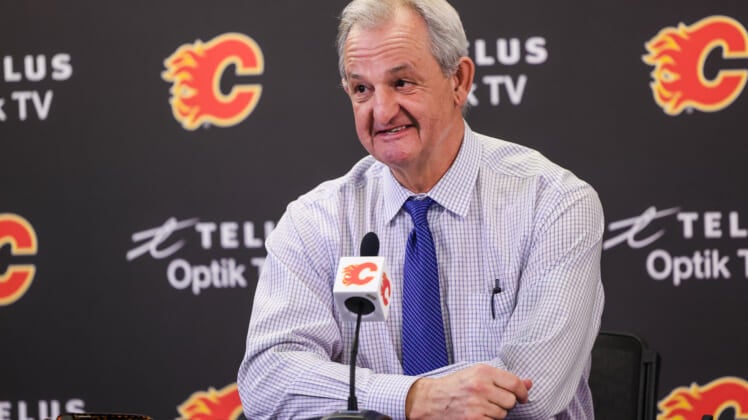 Voted on by members of the NHL Broadcasters’ Association, the annual honor recognizes the head coach who has “contributed the most to his team’s success.”

For the 63 year-old, this is the first time he’s won coach of the year in his 20 seasons behind the bench.

He was presented the honor by his brother Brian, who won it in 1991 with the St. Louis Blues.

“That’s a long time ago and I think back [to] when he won it and the great job that he did, especially being a young NHL head coach and the pressures that we face,” Darryl Sutter said. “I’m honored to be told by Brian and I accept the Jack Adams Award on behalf of my family, my wife Wanda and son Christopher.”

The Flames finished first in the Pacific Division with a 50-21-11 record but were bounced by the Edmonton Oilers in the second round.

The other finalists were New York Rangers head coach Gerard Gallant and Andrew Brunette of the Florida Panthers.