Claude Giroux traded to the Florida Panthers; only team he wanted to play for

The mystery is over as to where Claude Giroux will land and it’s sunny Florida.

On Saturday, the Philadelphia Flyers traded their captain to the only team he wanted to go to and considering that fact, the Flyers made out well.

Claude Giroux only wanted the Panthers

Claude Giroux played his 1000th and likely final game as a member of the Philadelphia Flyers on Thursday night.

It didn’t take too long for the Panthers to try and figure out how to finalize the trade, especially since Giroux only wanted to leave the Flyers for one team.

According to Frank Seravalli: “Sources say Claude Giroux notified the Flyers he was only willing to accept a trade to the Panthers. That was his team, the destination. Florida knew that. I’m told Flyers never engaged in conversation with Avalanche – or any other team for that matter.” Also Read:
Tons of NHL rumors flying as the Trade Deadline is just two days away

The Panthers have just announced the full details of the trade:

“Claude has been one of the most complete talents in the National Hockey League for over a decade,” said GM Bill Zito in a statement. “He has demonstrated his elite leadership and work ethic during his tenure in Philadelphia and we are thrilled to be able to welcome a player of his caliber to our lineup. Additionally, we are excited to receive Connor and German into our Panthers pipeline and look forward to their growth within our system.” 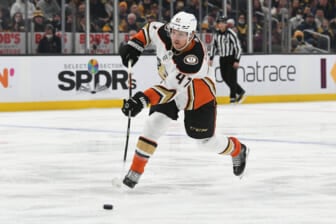