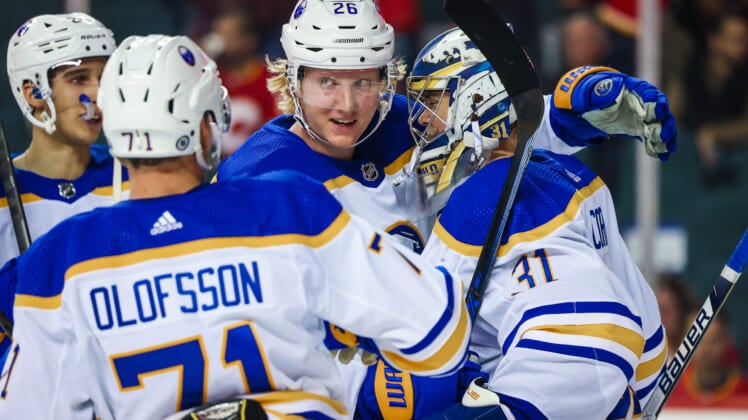 The Buffalo Sabres are young and a lot of fun to watch this season. They are among a handful of surprises that are catching NHL fans by surprise in the early stages of the 2022-23 campaign.

Of course, not all surprises are good ones. Just ask the Vancouver Canucks who came into this season as a playoff contender but can’t buy a win to date.

Here’s a quick look at the top surprises to start the season.

When the season began, many expected the Sabres to be a decent team. However, a 3-1-0 start which includes road wins against the Edmonton Oilers and Calgary Flames has some eyebrows raising.

Based on opening day rosters, the Sabres have the youngest team in the NHL:

Out of the gate, they appear to be playing like a bunch of seasoned vets. The most impressive Sabres to date are defenseman Rasmus Dahlin and forward Alex Tuch.

Dahlin, 22, has scored a goal in each of the team’s games this season and is tied for the league lead in scoring among defenseman with 6 points.

Tuch, 26, was a key piece in the Jack Eichel trade with Vegas and has 5 goals on the season and 6 points.

But the key to their early success has been goaltending with Eric Comrie and Craig Anderson combining for a stunning .939 SV%.

“It’s the style of hockey we want to play,” Tuch said via NHL.com. “We want to be right in their face. We want to go right ahead. Playing offense is a lot more fun than playing defense. It really is. We’re trying to play as simple as possible and we’re just going. Whenever we have a chance we’re going, and it’s fun, and we’re playing together.”

What is going on in Vancouver? The team is 0-3-2 to start the season and have blown leads in every single contest.

“I mean, it’s no secret that we’re all frustrated,” Vancouver captain Bo Horvat said. “I mean, when your play is, in my opinion, probably as good a 60 minutes we play all year, and we just can’t find a way to get a win … that’s where experience has to come in, leadership. We’ve got to find a way to dig deep to try and get over that hump right now. I think once we do, things are going to turn around for us.”

After losing the first three in regulation, the Canucks have at least managed a point in their last two games. Overtime losses to the Columbus Blue Jackets and Minnesota Wild closed out a 5 game road trip to open the season. They will now head home where they will play 6 out of the next 7 games.

Unfortunately for them, the red-hot Buffalo Sabres are up next on Saturday night.

Who is leading in rookie scoring?

Coming into the season, the names you heard as potential Calder Trophy candidates included Matty Beniers of the Seattle Kraken and Mason McTavish of the Anaheim Ducks.

Well a young defenseman by the name of Calen Addison leads all rookies in scoring with 6 points (all assists). That also has him tied for the NHL scoring lead among blue-liners with the aforementioned Dahlin and New York Rangers defenseman Adam Fox.

Addison, 22, was selected in the 2nd round by the Pittsburgh Penguins in the 2018 Draft. He was acquired by the Wild in the trade for Jason Zucker. In 22 career games, spread out over three seasons, he has 10 points.

While it’s highly unlikely he will remain the top rookie scorer, his early success bodes well for the Wild defense. 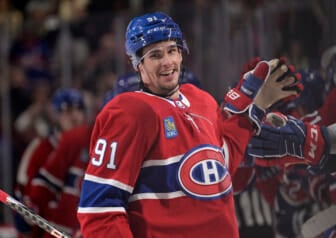